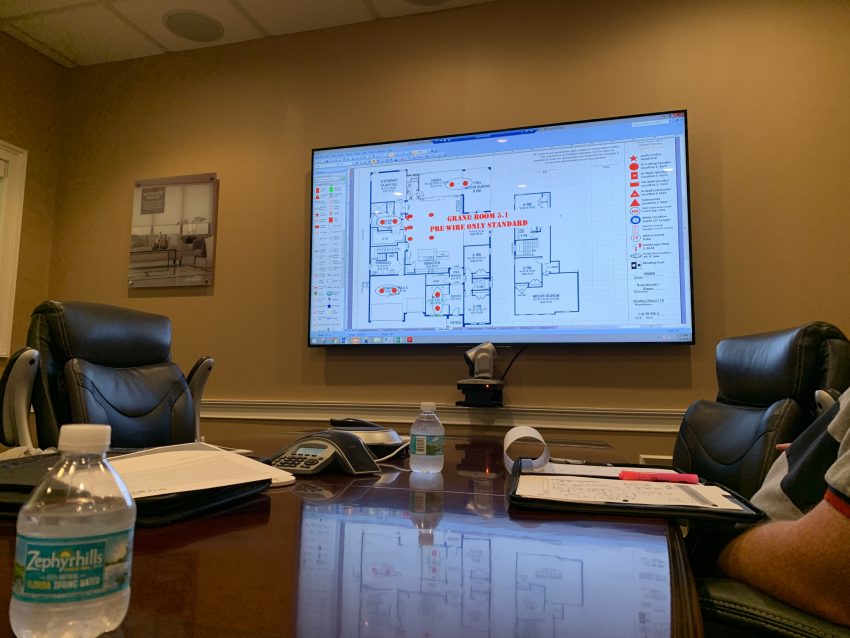 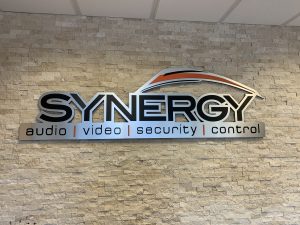 We met with Synergy Florida today to start working out our technology and other low voltage needs. It was an interesting meeting and one we had been thinking about for quite some time. This meeting was to plan where we wanted our network cabling, our demarc, cameras, alarm systems and just about anything the electrician doesn’t handle. It was a bit of an odd meeting, it started with the sales person giving us an education on the differences between CAT5 and CAT6 cabling and why we needed to upgrade (spoiler alert: you don’t) and a rudimentary walk-through of the other technology upgrades available. We could have saved this guy a ton of time if he had simply asked a little bit about us at the beginning of the meeting. He probably does a bunch of these each week and he wasn’t going to let us disrupt his flow. Honestly, this meeting was a bit disappointing and WestBay Homes should really consider bringing this in house or working more closely with their selected vendor to make sure the meetings convey the same level of “experience” that you’ve come to expect from your home builder. I pretty much lost all interest and confidence when we were presented with the “If you sign up with the alarm.com special we have going on right now, you get xyz… but you have to sign up, right now!” No…. that’s not how this works. 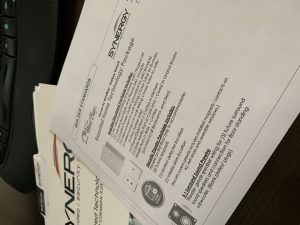 Each WestBay home comes with a standard layout for what they call “media ports”, which is a fancy way of saying a coax and ethernet cable run. Each of the bedrooms had them, the den, the main living area and the bonus room. What we needed to do was to move some of the media ports higher in the wall (to accommodate wall mounted TV’s), add some additional ones and then add cabling for our IP camera system. We were a bit surprised that you couldn’t cannibalize an existing media port for use somewhere else. For instance, the kids rooms don’t need a media port, we wanted to use those ports in another location to install our IP camera system. Nope, not allowed as it’s an upgrade. The home comes prewired for an alarm system but only on the first floor. No wiring is provided on the second floor but you can upgrade and add it. Want to move the electrical outlet up to where the media port is? That’s an upgrade. Some of this stuff just seems silly and nothing more than an opportunity to nickel-and-dime, which is weird given the cost of these homes. At the end, we added 2 media ports, 1 in-wall wire chase, wired the second floor for the alarm system and added 4 CAT5 runs for the IP camera system and spent over $1700.00. In a million years, I’d never spend that kind of money of something that’s much less expensive “in the real world” but when you’re stuck with your builder’s vendors, it is what it is. 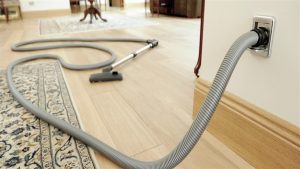 There were tons of other options and upgrades available. The sales guy started to become a bit more self aware and realized that we weren’t there to drop a crazy sum of money and gave up on the sales pitches. He gave the central vacuum system a good sale (and demo) and while I admit it was pretty cool and might be a nice feature for the house, I couldn’t see coughing up over $6,000 for this. We had also been interested in doing the outside landscape lighting, but at over $4500 for a kit that included 4 pathway lights, 8 spotlights and a 12 volt mechanical timer, there was no way we were going to spend that on something that we could do ourselves for a few hundred dollars.

Do people just go into building a house thinking, “What the hell, let’s spend it!”. Why people would waste money here is beyond me.

Well, we’re done with that portion. Next up… the all day formal design center meeting with our design center consultant, Tricia Harder. We’ve worked with a her a few times already at open houses and she’s very low key, low stress and most importantly, honest and helpful. We’re looking forward to that meeting, as it’s the last step before we break ground. 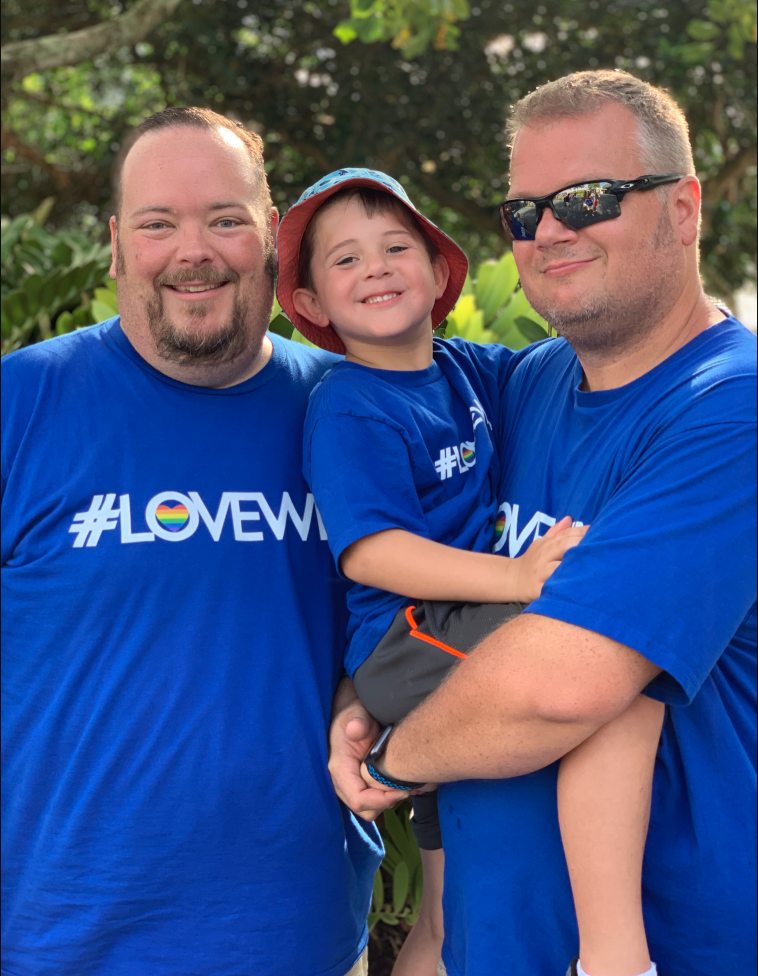 We are Jeff and Jeremy and that's our awesome son, Austin. We live in the Tampa Bay Area and this is our blog about building our new home, The Key West II with Homes by West Bay in the Anclote Reserve community at Starkey Ranch. This is our first build from the ground up, so we have a lot to learn and hopefully a lot to share. Reach out using the Contact Us page if you have any questions. 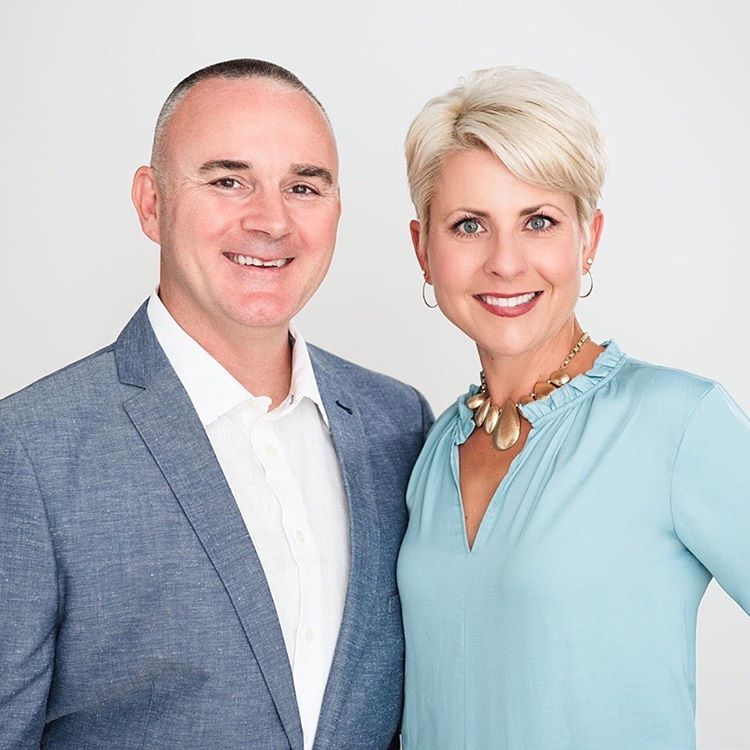 Annie and Kevin Rocks are our trusted advisors and part of the Berkshire Hathway HomeServices Florida Property Group. Annie played a dual role for us, leveraging her many years of interior design expertise and expert real estate skills to set us up for success in selling our original home in record time. In her second act of awesomeness, Annie is now guiding us in the right direction on our new build with Homes by West Bay. We are leveraging her amazing interior design skills along with all of her industry expertise and experience, being one of the top real estate agents in Trinity and Starkey Ranch.

If you're looking for a trustyworthy, effective and successful real estate team, you need to reach out to Annie and Kevin Rocks with The Rocks Team, today!